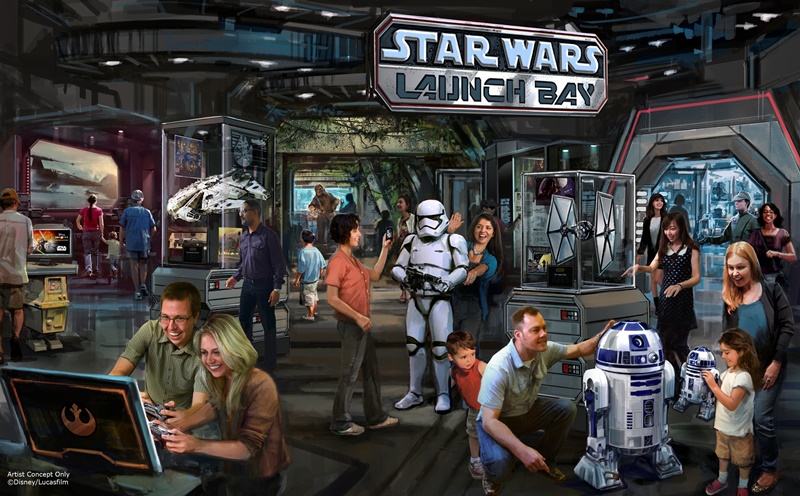 Disney announced a line-up of new attractions and entertainment coming to Walt Disney World® Resort and Disneyland® Resort during the D23 EXPO 2015.

At D23 EXPO 2015, The Walt Disney Company Chairman and CEO Bob Iger announced that Star Wars-themed lands will be coming to Disney’s Hollywood Studios® at the Walt Disney World® Resort, and Disneyland® Park at the Disneyland Resort.

Ambitious plans to bring Star Wars to life in the two parks include creating Disney’s largest single themed land expansions ever at 14 acres each, transporting your Clients to a never-before-seen planet, a remote trading port and one of the last stops before wild space where Star Wars characters and their stories come to life.

“I am thrilled to announce the next chapter in the long and exciting history between Disney Parks and Star Wars,” said Iger. “We are creating a jaw-dropping new world that represents our largest single themed land expansion ever. These new lands at Disneyland and Walt Disney World will transport guests to a whole new Star Wars planet, including an epic Star Wars adventure that puts you in the middle of a climactic battle between the First Order and the Resistance.”

These authentic lands will have two signature attractions. Along with the thrilling battle experience, another attraction puts Guests behind the controls of one of the most recognizable ships in the galaxy, the Millennium Falcon, as they take on a customized secret mission.

As part of the largest expansion in the park’s history, Disney’s Animal Kingdom® will immerse guests into the world of Pandora, and the entire park will transform after dark with new nighttime entertainment experiences, offering guests longer days than ever before to experience this one-of-a-kind theme park.

The reimagining of Disney’s Hollywood Studios will take guests to infinity and beyond, allowing them to step into the worlds of their favorite films, starting with Toy Story Land. This new 11-acre land will transport guests into the adventurous outdoors of Andy’s backyard. Your Clients will think they’ve been shrunk to the size of Woody and Buzz as they are surrounded by oversized toys that Andy has assembled using his vivid imagination. Using toys like building blocks, plastic buckets and shovels, and game board pieces, Andy has designed the perfect setting for this land, which will include two new attractions and one expanded favorite. 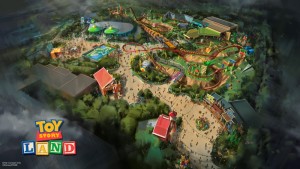 Soarin’ Around the World in Florida and California

Next year, Guests at Epcot® and Disney California Adventure® Park will journey to far-flung lands and fly above some of the world’s most unique natural landscapes and man-made wonders when the new Soarin’ Around the World makes its U.S. debut.

Jungle Cruise® fans can look forward to the brand-new Jungle Navigation Co., Ltd. Skipper Canteen restaurant opening in Magic Kingdom® Park late 2015. At the Jungle Skipper Canteen, Guests will be able to experience “World Famous Jungle Cuisine” in one of several unique dining rooms – including a crew mess hall and a once-hidden secret meeting room of the famed Society of Explorers and Adventurers. The restaurant will also be staffed by Jungle Cruise Skippers.

Stay tuned for more information about these new enhancements and attractions!